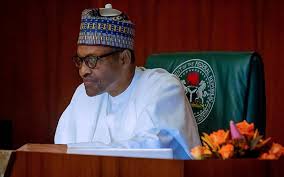 Food products imports gobbled up $1.24bn of the foreign exchange supplied by the Central Bank of Nigeria from October 2020 to March 2021 despite the ban directive from the President, Major General Muhammadu Buhari (retd.).

The foreign exchange used for the importation of food products into Nigeria more than doubled in the fourth quarter of last year as against the previous quarter, during which Buhari directed the CBN to stop issuing forex for food and fertiliser imports.

Buhari gave the directive to the CBN in September at a meeting of the National Food Security Council at the Presidential Villa, Abuja, saying that firms that were bent on importing food should source their forex elsewhere.

“Nobody importing food should be given money,” he was quoted as saying in a statement from the Senior Special Assistant to the President on Media and Publicity, Garba Shehu.

The forex used for food products imports, however, rose from $121.13m in September to $198.43m in October, $204.76m in November and $305.88m in December, according to the CBN data on sectoral utilisation for transactions valid for forex.

The CBN’s breakdown of sectoral utilisation of forex showed that food imports accounted for about 11.68 per cent of the $4.99bn utilised for imports in the country in Q1 2021.

The COVID-19-induced slump in crude oil prices in 2020 hammered government finances and the naira, causing dollar shortages, with the external reserves falling to as low as $33.43bn on April 29, 2020.

The CBN spent over $1.3bn to defend the naira between January and February 2021, according to a member of the Monetary Policy Committee, Prof. Adeola Adenikinju.

“It is early in the day to know the extent to which the new policy of CBN to boost remittances will impact on pressures in the foreign exchange market,” he said in its personal statements at the MPC meeting held in March.

The MPC noted that the persisting uptick in food inflation was due to the worsening security situation in many parts of the country, particularly the food-producing areas, where farmers faced frequent attacks by herdsmen and bandits in their farms.

“While the central bank is intervening significantly in the agricultural sector, the rising insecurity in some food-producing areas, is limiting the expected outcomes in terms of supply to the market, thus contributing to the rise in food prices,” it said.

The apex bank, in June 2015, excluded importers of 41 goods and services, including some food products, from accessing forex at the country’s forex markets in a bid to conserve the external reserves as well as encourage local production of those items.

In December 2018, the CBN included fertiliser on the list of 41 items classified as ‘not valid for foreign exchange’ in the Nigerian forex market.

The central bank said in July 2019 that it had restricted the sale of forex on the importation of milk from the Nigerian forex market.

Analysts at Cordros Capital Limited said Nigeria’s forex reserves sustained its decline for the fourth consecutive week, as it dipped by $111.56m week-on-week to $34.61bn on May 14, 2021.

Analysts said, “We expect improved liquidity in the IEW over the medium term, given higher oil prices and an expected increase in crude oil production volume.

Similarly, they added, the CBN would devalue the naira by 5.3 per cent to N400.00/$1 at the interbank market to narrow the gap with the IEW rate.