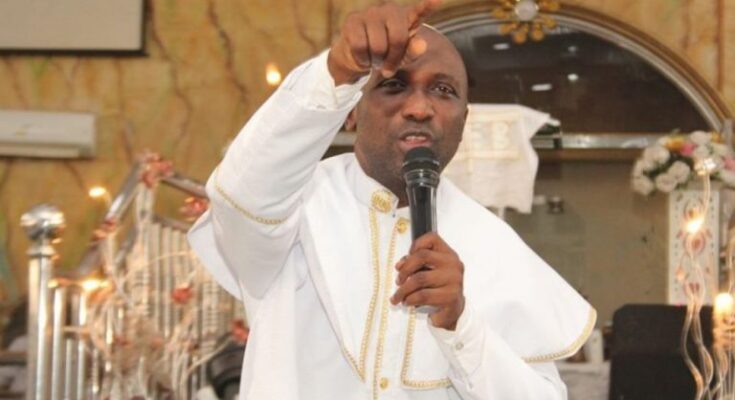 Primate Ayodele: I foresee Africa coming under a mysterious attack

In a statement signed by his media aide, Osho Oluwatosin, Primate Ayodele said he sees Africa coming under a mysterious attack that will make the continent a scary zone for people.

He noted that insecurity will be on the rise in the continent unless the leaders wake up from their sleep and create a security network that will be formidable enough to resist these attacks.

He also advised African presidents to address the issue of unemployment among youths because it will contribute to insecurity in the continent. He warned them against using the youths for violence as it is not helping the continent.

Primate Ayodele stated that officials of the African Union, the United Nations will be kidnapped and their offices in the continent will also be attacked.

“I see Africa coming under a heavy attack, the way it will happen won’t be explainable, Africa will become a very scary continent for everyone. African leaders need to wake up from slumber. There will be insecurity in Africa and countries in the continent need to come together to build a security network. They don’t have to always run to the western world for security.’’

“Also, African leaders must address the issue of unemployment among the youths, they should stop using them as thugs during elections. Unemployment will contribute to the insecurity in Africa. African Union officials will be kidnapped, their offices will be attacked, United Nations offices will also be attacked and there will be shortage of energy in the continent.’’

‘’Lesotho will also have political challenges that will cause security troubles and they should expect a sudden disaster that has not happened before. The efforts of the government will also not be appreciated.’’

‘’Libya will face Arab problems and pending their democracy, there will be an ethnic crisis that will deprive the citizens that will prevent them from enjoying the dividend of democracy. Gadaffi factor will still play out in the country’s leadership. They should also pray against death of a prominent person.’’

‘’Burundi must be careful because there is going to be a new government there. The present government will make the country better but despite that, there will be insecurity challenges. The president will take steps that will not be palatable that will lead to a moment in the country. They should pray against heavy protest in the country.’’

ALSO READ  Pastor Dollar to congregants: Disregard all my past preaching on tithing, I have been lying