Home Uncategorized Featured Akeredolu: Presidency must come to South in 2023 Akeredolu: Presidency must come to South in 2023

Ondo State Governor, Rotimi Akeredolu, has insisted that the Presidency of Nigeria must come to the South in 2023 not to thwart the power rotation arrangement in the country.

Akeredolu said power rotation had been an unwritten agreement in the country since the return to civil rule in 1999, saying that arrangement must be changed now.

He said this on Wednesday at the one-year remembrance of Prof. Bankole Oke of the Faculty of Veterinary Medicine, University of Ibadan, while delivering a lecture entitled, ‘Nigeria: The politics of religion in a transitional society.’

He advised Nigerians to make sure that power did not return to the North under what he described as the guise of a party picking a southerner as its vice presidential candidate.

He said, “A party that picked somebody from the North as its presidential candidate is not doing so in the country’s interest. (Peter) Obi has the right to contest because he is from the South.

“We are ready to give it whatever it takes to make sure power returns to the South in 2023.”

“There appears to be an understanding that power must rotate between the North and the South. This understanding witnessed the contest of two candidates from the South-West for the Presidency. It was part of the unwritten agreement that the power equation must be balanced to allay the fear of domination harboured by the people of the South.

“There is a conscious attempt not to disrupt the extant agreement. There has been a seamless transition from one civilian regime to another since 1999, the longest in the political history of the country.

“The current political permutations raise strong suspicions on an undeclared motive to thwart the arrangement that has been working for the country. The rotation of the office of the President is between the North and the South since the inception of the Fourth Republic.”

The governor warned Nigerians to beware of the tricks of desperate politicians using religion to divide the people.

Akeredolu said politicians in the First Republic achieved so much because they were people with huge capacity, and religion was not an issue in determining those elected and appointed into offices but the capacity to deliver

He said Nigerian leaders before the independence laboured hard to wrest power from the colonial masters while urging Nigerians to be optimistic that the country would be great again. However, he admitted that it was taking too long.

He stressed that Nigeria must be restructured, and state police must be created to address the raging insecurity in the country.

“Religion is currently being deployed most shamelessly by the elites to gain unmerited advantage. The earlier we stop this dangerous and divisive campaign, the better it will be for everyone. Any war fought to establish the supremacy of a faith over others can only end in tears. The manipulative skills of politicians currently put to use will aggravate an already bad situation.

“The solution to the challenges faced in the country will not be found in the faiths of individuals. A person’s religious persuasion is based on personal conviction. It is essentially private. The public space must remain secular.

“Consequently, the current agitations for a faith-based political representation are anchored on a certain misapprehension of the requirements for leadership in a multi-ethnic state such as Nigeria.

“It borders on plain mischief to set the people on themselves to attain political power. Any so-called religious leader, who ignores knowledge and competence as necessary criteria to measure leadership capacity, is an apostate,” he added.

A Professor of Veterinary Public Health and Preventive Medicine, Simeon Cadmus, and others described Oke as a great teacher, mentor, and outstanding academic. CONTINUE READING……… 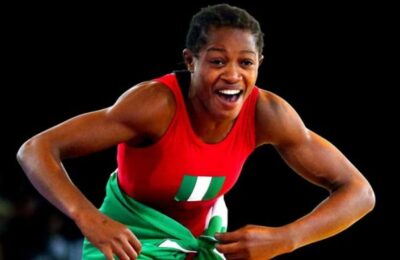 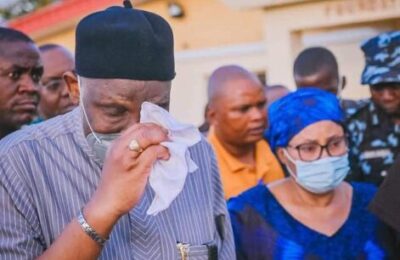 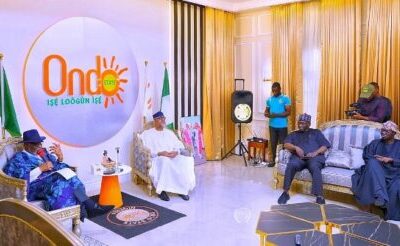