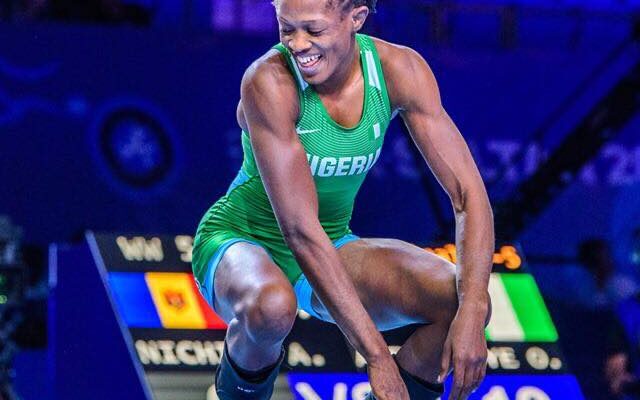 Odunayo Adekuoroye has won a gold medal in the women’s 57kg Freestyle wrestling for Team Nigeria at the ongoing Commonwealth Games in Birmingham, United Kingdom.

Adekuoroye came under pressure, but she was equal to the task.

Nigeria has so far won six gold medals at the Commonwealth Games in Birmingham.

She won the silver medal at the women’s freestyle 55 kilograms 2017 World Wrestling Championships.