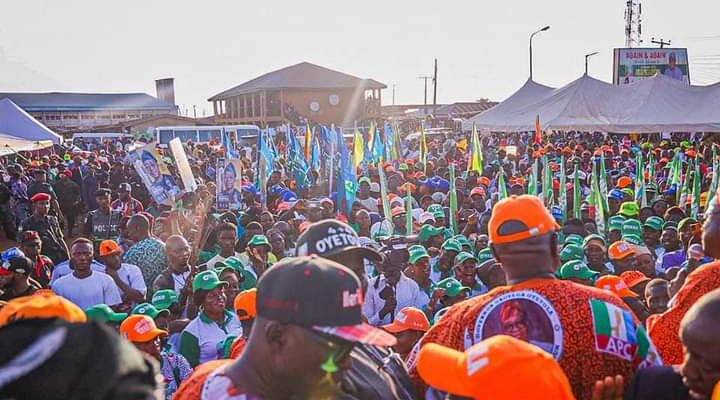 Ahead of July 16 governorship election, the good people of Boripe and Ifelodun local governments in the State of Osun on Monday, June 20th trooped out massively to receive the campaign train of Governor Adegboyega Oyetola, the candidate of the All Progressives Congress(APC).

Addressing party members and supporters in Iragbiji and Ikirun, Governor Oyetola called on aggrieved people to join him, saying “there is still room for aggrieved people who want to join the party to re-elect me as governor of Osun state.”

Oyetola said “Your destiny is in your hands, so vote wisely. Look at Ekiti’s Election, it went peacefully so work with me towards the forthcoming election to make Osun State better and Brighter”

He assured the people that his second term will continue all the laudable programmes and policies of his administration to make life more meaningful for them.

He further said the APC would not join any opposition party in promoting thuggery and violence in the forthcoming election but concentrate on mobilising the electorates, based on its achievement, to win the election.

“I am imploring you to vote for us because the Governor’s seat is from this place. Vote for your own, vote APC because God already had mercy on us, if the seat is to be shared based on number of votes, it maybe difficult for this town to get it.

“The most important position in state party politics is the Governorship seat which God has given you. I implore those that have not collected their PVC to do so. We were told that over 600,000 PVCs have not been collected in Osun which includes Boripe local government.

“I implore you and other residents who have not collected their Permanent Voters Cards to pick it throughout this week and be part of history because we will replicate the Ekiti State electoral victory on July 16 here in Osun.

“As a son of the soil, I really appreciate your turn out, but this should be replicated on July 16 and we should we will all sing victory song together”, he said

Also, the Campaign’s Director-General, Senator Ajibola Basiru urged electorates in the state to re-elect Governor Oyetola due to his achievement within the over three years that he has administer the state.

ALSO READ  Just In: Sanwo-Olu shuts down Lagos till Thursday

“Disregard the rumours being peddled around by opposition parties that Oyetola will ban Okada if re-elected or punish civil servants, this is the most civil servants-friendly government in the state. We are one of the only five states redeeming its share of the contributory pension scheme and release fund monthly towards offsetting pension arrears.

“Anybody who does not have PVC and shouting Oyetola for second term is not doing well. On election day, I admonish the electorate to monitor their votes because the opposition wants to steal from our votes”, Senator Ajibola added. 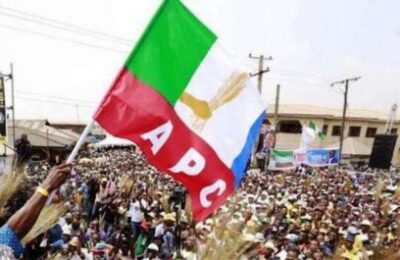 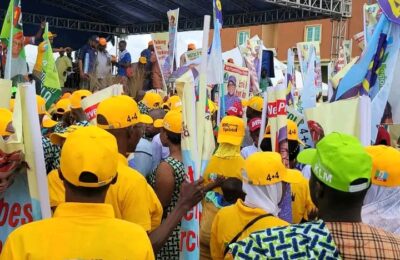