The Nigeria Police Force in Ekiti State on Tuesday arrested two suspected cattle rustlers for attacking herdsmen and rustling a cow in the state.

ASP Abutu Sunday, the state PPRO revealed this in a statement on Tuesday.

“On 30/4/2022 at about 14:30hrs, the Command received a distress call that a group of cattle rustlers came to Ikole-Ekiti forest, attacked some herdsmen with dangerous weapons and forcefully went away with a cow valued five hundred thousand naira (#500,000:00)”

“Upon the receipt of the information, the Command mobilised a team of Rapid Response Squad (RRS) to the scene where one Mohammed Mohammed ’22yrs’ and Yahu Bello ’42yrs’ were arrested During interrogation, the suspected cattle rustlers confessed to the commission of the crime and led operatives to the house of the receiver of the rustled cow. The cow has been dismembered but the receiver unfortunately escaped arrest.

“While serious manhunt has been launched on the fleeing receiver, the arrested suspects will be charged to Court subsequently for prosecution.” CONTINUE READING… 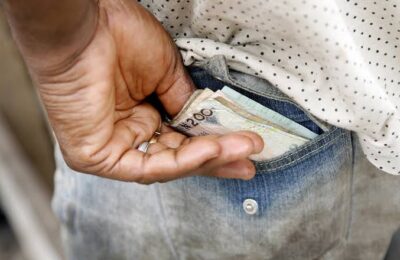