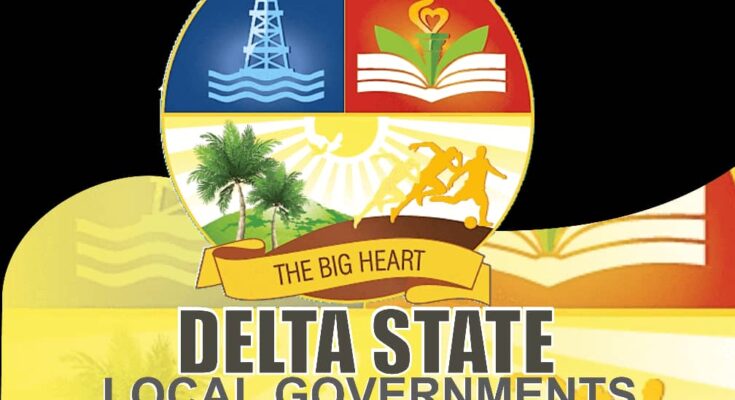 As indispensable as politics is to a nation’s journey, players on the field are often held in negative light save for a select few. As a hybrid of sorts, people, over time, have proved their competence in essential fields of governance and, therefore, are void of the negativity that generally encumbers the shoulders of politicians. It is this few upon which the populace anchors a hope of redemption and a compass to the much spoken about promise land.

Tenumah seems like an ever present name in the corridors of governance in AJA-UDAIBO WARD and WARRI SOUTH WEST LOCAL GOVERNMENT AREA OF DELTA STATE POLITICS.

That is because the inputs of such hybrid Political Scientist like him, are at a premium and of immense quality in governance and societal development. An academia par excellence MOGHO NELLY TENUMAH has played his part excellently as a very important Grassroot Stalwart of the Democratic structure to date in AJA-UDAIBO Ward. He belongs to that hybrid of leaders in whom a blend of technical know-how and excellent leadership qualities can be found.

The Delta State University Graduate Of Political Science has cut his teeth globally by bagging a PGD in Public Administration, MSc Politics And Law as well as him been a Fellow Chartered Institute Of Management And Leadership.

Mogho Tenumah is a force to be reckoned with in aspects of Developmental Politics and Egalitarianism both of which are paramount in the Growth and leadership of any Political Society which therefore requires individuals with clear cut hands on experience.

Speaking with Newsmen at BlueSpirit Hotels in Akure, Ondo State.

He said, My motivation for attempting to be the Councilor of AJA-UDAIBO WARD In WARRI SOUTH WEST LOCAL GOVERNMENT AREA OF DELTA STATE is borne out of a passion for serving my people and leapfrogging Aja-Udaibo Ward into the league of developed polities across the State. My ward is endowed with infinite possibilities of greatness, and these opportunities need focused, prudent and accountable leadership to harness the prospects for the greatest good of our people.

The world, including Nigeria and Delta State, is at the edge of a new order and Hybrids like me will activate this new order driven by knowledge powered by technology. Please Note by hybrid, I am referring to technocrat-politicians whose grasp of the economy and governance are not only firmly rooted in their homeland but have a global resonance that will engender that much-needed interface between the homeland and the globe”

The hope and clamour for consolidation and effective leadership come 2023 I believe is firmly anchored on “hybrid politicians” as he rightly puts it. Customary with aspiring leaders, the season for manifesto and declarations is upon us but for some it is clearly beyond mere words.

The workability of proposed frameworks jumps at you in an instant because the protagonist has acquired immense experience and possesses the technicality to make it happen. Tenumah highlighted various sectors that he intends to firmly place the spotlight on and from recent interviews virtually all sectors of development were highlighted as part of a robust and holistic framework with a step by step workable blueprint enumerated.

He highlighted Housing and Human Development as a key figure heads in his developmental blueprint for AJA-UDAIBO Ward.

One glance at his profile, services and success stories so far in Real-Estate, Building Constructions And Hospitality.

One would agree that Mogho Tenumah is well laced with what it takes to take AJA-UDAIBO Ward to the heights it deserves and that is a beacon as a rapidly developing society worthy of mention amongst the very best in Warri South West Local Government Area. The envisaged success will definitely pay dividends on a wider national scale for our dear Local Government Area and Delta State.