The Minister of Information and Culture, Alhaji Lai Mohammed, has said without the decisive actions taken by President Muhammadu Buhari to tackle insecurity, terrorists would have succeeded in turning Nigeria into an Islamic State.

He, however, admitted that banditry and kidnapping posed serious challenge to the country at the moment.

The minister, who stated these at a briefing in Abuja, yesterday, was apparently reacting to the statement issued by some tribal, religious and political leaders on the state of the nation two days ago in Abuja, with former President, Olusegun Obasanjo asking the government to do more to save the country from security threats.

Mohammed lamented that some elements had heightened commentary on insecurity, with some of the concerns borne out of genuine concerns in some circles and crass politicking or sheer absurdity in other cases.

He remained unapologetic in his submission and insistence that Buhari had done enough to secure the country since coming to power in 2015 when Boko Haram and other malevolent groups held the country to ransom and even held forth in many parts of the North.

He said: “Since assuming office in 2015, President Muhammadu Buhari has continued to make the issue of security a major plank of his administration’s policy.

‘’This is not a surprise, considering the fact that the fight against insecurity is one of the three priority areas of the APC-led Federal Government.

“Yes, the security situation has continued to pose a great challenge, but amid the cacophony of voices, some genuinely concerned about the situation and others ready to exploit it for selfish ends, it is easy to forget where we are coming from.

‘’Today, we only look at the current situation without wondering what would have been had this President not taken the bull by the horns, as far as security is concerned.

ALSO READ  Antonio Gutteres: They claim Buhari has done nothing but not so

“With the way the insurgents were going before this administration came into office, with their control of a vast swath of land the size of Belgium, with their freewheeling attacks in almost a dozen states, including the Federal Capital Territory, which was hit at least five times, perhaps they could have achieved their aim of declaring an Islamic State in Nigeria, if President Buhari had not acted decisively.

‘’After all, in 2014, Boko Haram declared a Caliphate in Gwoza after capturing Bama and Gamboru as well as other towns and villages in Borno, Yobe and Adamawa. They installed their own emirs, collected taxes and flew their flag before the military dislodged them.

“Yes, banditry and kidnapping have added to the state of insecurity, President Buhari has also continued to provide quality leadership in order to ensure that our security agencies decisively tackle the cankerworm of insecurity of any hue.

“No administration in Nigeria’s recent history has provided the security agencies with the hardware needed to tackle insecurity as that of President Buhari, in addition to raising the morale of our security men and women.

‘’Only last week, Mr. President commissioned an armada of naval boats and ships in the latest effort to enhance our nation’s maritime security. The army, the air force and the police, among others, have also been receiving modern hardware to strengthen their arsenal.

“The administration has not concentrated on the kinetic measures alone. Non-kinetic measures have also been strengthened. The establishment of the Federal Ministry of Humanitarian Affairs, Disaster Management and Social Development to coordinate all humanitarian affairs in Nigeria is a major effort at tackling poverty and shrinking the pool of those being targeted for recruitment by insurgents and bandits.

‘’Of course, the Federal Government’s unprecedented and massive investment in infrastructure is also aimed at boosting socio-economic well-being of the nation and further reducing poverty, which is a major cause of insecurity.

“Despite all this, President Buhari has not relented, constantly presiding over meetings of security chiefs to get an update and also issue necessary directives, and not missing any opportunity to offer succour to his countrymen and women, when necessary.

“The skewed narrative in certain quarters that the President has not shown enough empathy is glib talk. The President has also continued to work with our neighbouring countries and, indeed, our Western partners to tackle insecurity, especially terrorism.

‘’With the entire Sahelian region experiencing a devastating surge in terrorist attacks, more so in the wake of the Libyan crisis, it has become even more imperative for Nigeria to step up regional cooperation to more effectively tackle insecurity – and that is what Mr. President has been doing.

‘’To say he has nothing more to offer is untrue, fallacious and smacks of dirty politicking. By boosting the number and capacity of our fighting forces, Mr. President is putting them in good stead to tackle insecurity not just during the life of his administration but long after he would have left office. ‘’President Buhari is leaving a legacy of security, infrastructural development, economic prosperity and social cohesion for Nigeria. This may not seem obvious today, amid daunting challenges but posterity will be kind to this President.’’

The minister used the opportunity of the briefing to praise the Nigerian military, police, civil defence and other security, intelligence and para-military agencies for their continued service to the nation.

“It is important to remember that our men and women in uniform sacrifice their sleep and comfort so we can in turn sleep well. Even as we continue to battle insecurity, it will be uncharitable on our part to suggest they are not doing enough, or not to appreciate their sacrifices.

‘’The recent massive surrendering of Boko Haram terrorists and the huge pressure on bandits represent a testament to the effectiveness of the efforts of our security agencies. We should encourage them to do more, instead of pillorying them.

“Finally, while there is nothing wrong in the citizens expressing their concerns over the insecurity in the country, we wish to say that the use of incendiary and insulting words, especially by leaders of all hues, can only overheat the polity and heighten tension.

“While the government provides leadership, all Nigerians have a role to play in securing our nation. Security is not the sole responsibility of the security forces alone. We must not only support our security agencies but must also say something anytime we see something that hampers our safety and security, as encapsulated in the mantra: ‘’If you see something, say something,’’ the minister said. 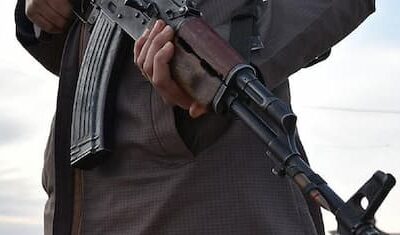 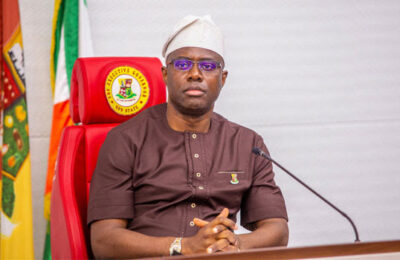