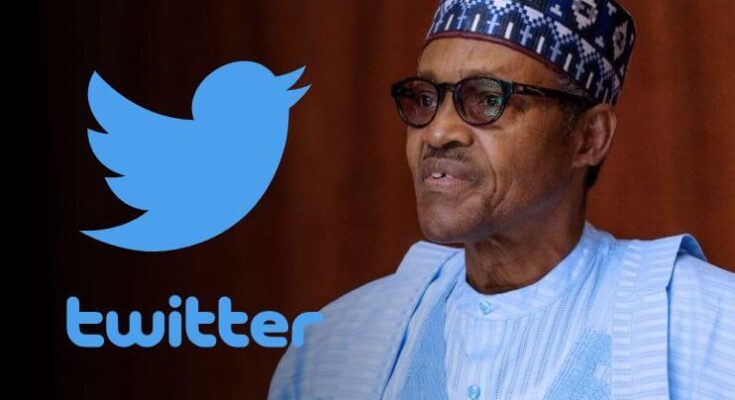 The Nigerian Bar Association (NBA) has sued President Muhammadu Buhari and the Nigerian Communications Commission (NCC) over the suspension of Twitter in Nigeria.

“The actions and directives of the respondents gravely infringed the fundamental rights of the applicant (NBA),” the association argued in the suit filed at the Federal High Court in Lagos.

No law criminalises the use of Twitter in Nigeria, the association said.

It added that Mr Buhari and the other respondents “unilaterally, without due process and contrary to the constitutionally guaranteed rights of the applicant, suspended the operations of the microblogging and social media website” in Nigeria.

The association urged the court to rule that the ban on Twitter amounted to “a violent breach of the applicant’s right to freedom of expression and the press, guaranteed under sections 39 of the Constitution of the Federal Republic of Nigeria 1999 (as amended 2011), articles 9 of the African Chater on Human and Peoples’ Rights (Ratification and Enforcement) Act, 1983 as well as Articles 19 of the United Nations Declaration of Human Rights”.

It also urged the court to declare that the threat by the government to prosecute and jail any Nigerian found using the microblogging site within Nigeria’s cyberspace “amounted to a breach of the applicant’s right to a fair hearing and right not to be tried and convicted for an offence not prescribed in written law.”

It also prayed for an order “setting aside the purported directives/fiat/order” issued by the respondents banning the use of the microblogging and social media website in the Nigerian cyberspace.

VAM News had reported how NBA, in the wake of the widely condemned ban on Twitter, threatened to sue the government over the matter.

Making real its threat, the NBA, said in a statement by its publicity secretary, Raps Nduka, on Tuesday, that it had filed the suit on June 18, about two weeks after the government announced the Twitter ban on June 4.

Mr Nduka said the matter has been adjourned till October 4 for hearing.

Sued along with President Buhari and the NCC in the suit marked FHC/L/CS/613/2021 are the Attorney General of the Federation, Abubakar Malami, and the Minister of Communications and Culture, Lai Mohammed.

NBA, through its legal team led by Charles Mekwunye, a Senior Advocate of Nigeria, the NBA, recalled how the respondents, on June 4, 2021, issued the directive suspending the operations of the microblogging.

This suspension took effect from June 4, 2021 “as all access to the microblogging and social media website, “Twitter” of www.twitter.com ceased in the Nigerian cyberspace,” he stated.

‘Unlawful ban’
Mr Mekwunye also recalled how the AGF, through his media aide, Umar Gwandu, issued an order for the prosecution of Nigerians still using Twitter after the ban.

“It is unlawful for the 1st to the 4th respondents to unilaterally without due process and contrary to the constitutionally guaranteed rights of the Applicant, to suspend the operations of the microblogging and social media website “Twitter” of www.twitter.com in the Nigerian cyberspace.

“It is also unlawful and unconstitutional for the 2nd respondent (AGF) to threaten the arrest and prosecution of the applicant and other Nigerians and entities found using the microblogging and social media website of Twitter, www.twitter.com, pursuant to an offence unknown to any written law in Nigeria.”

“The actions and directives of the respondents gravely infringed the fundamental rights of the applicant and they are not in any way protected by law,” the court document read in part.

Justifying its filing of the suit, the association said by virtue of paragraph 3 (e) of the Fundamental Rights (Enforcement Procedure) Rules 2009. “any civil society, human right group, or association can file an action to enforce the fundamental rights of any person or group of persons”.

A Nigerian lawyer, Solomon Oho, who deposed to an affidavit filed in support of the suit, said (he is) living in fear that he, members of the NBA, and other Nigerians could “be arrested and prosecuted for using the social media platform in line with the directive of the 2nd respondent.”

“That I do not know of any law that criminalizes the use microblogging and social media website. Twitter in Nigeria,” he stated, saying further that Twitter was unilaterally suspended by the respondents “without due process and contrary to the constitutionally guaranteed rights.”

Twitter was banned by the Nigerian by the federal government on June 4, two days after a controversial tweet by President Muhammadu Buhari was taken down from the platform.

The government cited “persistent use of the platform for activities that are capable of undermining Nigeria’s corporate existence”, as reason for its action.

But many Nigerians have continued to use the microblogging site using Virtual Private Network (VPN) applications to bypass the ban.

The suit by the NBA is among the flurry of suits that have been filed to challenge the Twitter ban.

A lawyer, Inibehe Effiong, is among Nigerians that have sued the government over the ban.

Ruling on an application filed by the Socio-Economic Rights and Accountability Project (SERAP) and other Nigerians, the ECOWAS Court of Justice, in June, issued an interim order restraining the Nigerian government from harassing, arresting, or prosecuting any Nigerian for using Twitter.