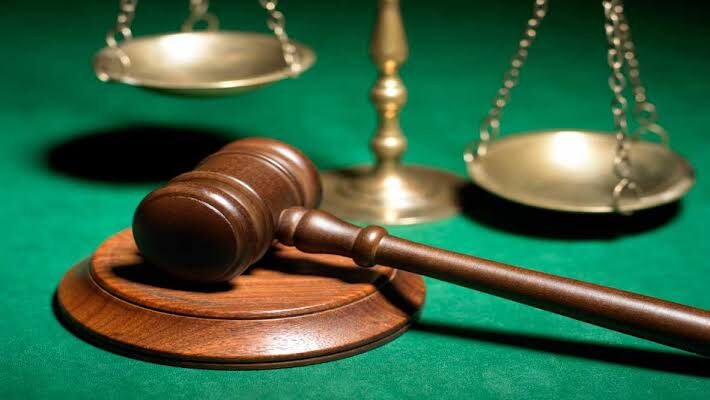 On Wednesday 16th June 2021, Justice Lateef Okunnu of a Lagos High Court convicted Atuche, alongside a former Chief Financial Officer of the bank, Ugo Anyanwu on charges of conspiracy to commit a felony and stealing brought against them by the Economic and Financial Crimes Commission (EFCC).

The EFCC had dragged the former bankers to court over allegations that between November 2007 and April 2008, they stole about N25.7bn belonging to the bank.

The anti-graft agency had also claimed that they took about N14.7bn from the N25.7bn, by fraudulently describing it as a loan to some companies and subsequently converted the said sum to personal use.

The EFCC also alleged that another N11bn stolen by the defendants was used to purchase about 984,375,000 units of Bank PHB shares for themselves.

Justice Lateef Okunnu while delivering Judgement on Wednesday found the two guilty on grounds that the EFCC had successfully proved its case against the convicts beyond a reasonable doubt.

Okunnu rejected the claims of the defendants that they were merely professionally negligent.

“The defendants abused their powers, ignored established rules and regulations thereby putting the bank and depositors’ funds in danger.

“They corruptly took advantage of their positions to confer on themselves undue financial benefits without regard to the health of the bank,” she said.

The Judge, however, cleared Atuche’s wife on the charge of conspiracy and stealing brought against her by the anti-graft agency.

She averred that the EFCC failed to link her to the crime and insisted that suspicion no matter how strong cannot take the place of fact.

Kehinde was sentenced for involving in armed robberies, which is contrary to sections 6(b), 3(1), and 1(b)(a) of robbery and firearms (Special provision) Act, Cap.R11, Laws of the Federation of Nigeria, 2004.

Justice Lekan Ogunmoye, while delivering the judgement, dismissed the charges against Messrs Azeez, Lateef, and Basiru.

The prosecution was able to prove that Kehinde was in possession of dangerous weapons and had robbed, Dayo Folorunsho, Saka Yusuf, Adeoye Oluwatosin, Adeola Oluwatobi, Olayemi Aremu, Hambali Ojo, and Ayodele Oluwafemi, of their belongings in Ado Ekiti.

It added that the convict and others had stolen mobile phones, Lexus E5 350, recharge cards, Bajaj motorcycle, wristwatches, ZDX Acura, and N205,500 cash.

While proving its case, the prosecution counsel, H. A. Adeyemi, also called on five witnesses and tendered exhibits including locally made pistols, two live cartridges, a black mask, and statements of the accused.

Now the point I want to butress is this, why is it that the poor or less privilege Nigerians are the ones’ that suffer hard penalties anytime charged to the court of law?

Imagine, a rich person convicted for bank fund misappropriation of a whole amount of #25.7bn was sentenced to 6 years imprisonment, but a poor person that all the things he has ever stolen is not up to #10million was sentenced to death by hanging. See the degree of partiality in Nigeria!

Is not that am  supporting armed robbery, I know for sure that this Kehinde Olajide’s case will serve as lesson for other armed robbers to desist from robbing, but want I am saying is that the court of law judgement should be strict on the elites too.

We are saying corruption is spreading in Nigeria everyday by day, why will it not spread? When the rich people embezzling billions of naira know that even though they are charged to court they will go Scot free or face just a mild penalties.

This treacherous act of our judiciary needs to be addressed, it shouldn’t continue like this. Everybody supposed to be equal before the law no matter the social status whether rich or poor.

Human rights activist, Journalists and lawyers we mustn’t fold our hands and be watching this huge attrocity to continue like this. We must speak up to advocate against partiality in our courts of law and injustice all over our dear country, Nigeria. 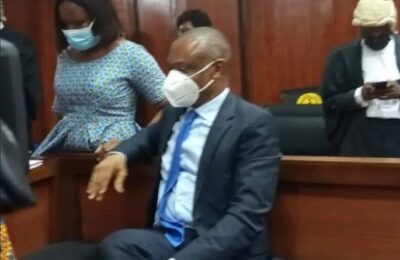 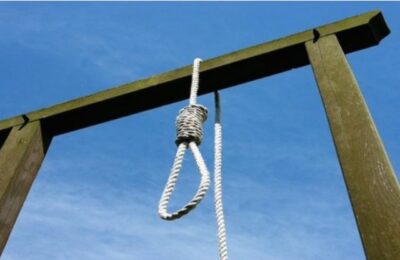 Kehinde Olajide: 22-year-old man to die by hanging for stealing phones, others in Ekiti 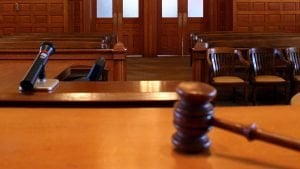