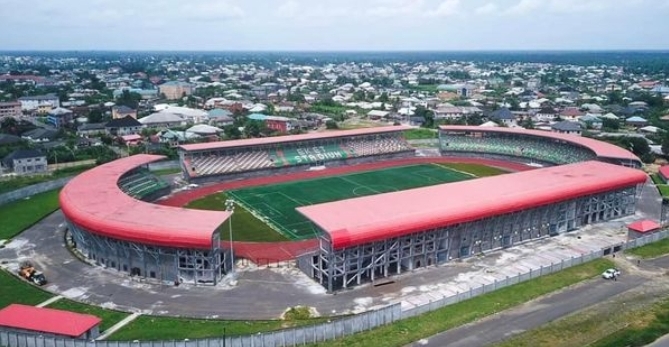 The Special Assistant on Research and Documentation to the Akwa Ibom State Governor, Mr. Nduese Essien, has said the 18,000-seater stadium in Eket Local Government will enhance the discovery of more talents and boost economic development in the state

Essien while on a tour of the facility with journalists on Thursday, said the inauguration would be preceded by a novelty football match between the state-owned Akwa United Football Club and Katsina United Football Club, adding that both states were created the same day, September 23, 1987, by the Babangida administration.

The project constructed by the state government would be inaugurated Friday, September 30, with the Governor of Katsina State, Alhaji Bello Masasri, expected as a special guest of honor.

He said the project arose as a result of the state governor’s deep interest in youth and sports development.

Essien, who acknowledged that before the intervention of the governor, sporting activities in the area had been grounded, expressed happiness that the youths of Eket and all the adjourning areas would have facilities to boast their talents before making it into the big leagues.

“The governor had promised to ensure that the youth do not only see sports as leisure but a serious business to earn a decent living. This stadium will expose our youths early to befitting sporting facilities and activities that will enhance their talents in readiness for bigger competitions

“The new stadium will also reinvigorate sporting competition among schools in the senatorial district with youth competing on high standard tartan tracks with suitable sporting kits. The days of youth running on the sandy field with bare feet, are gone.”

He further hinted that the new stadium would grossly reduce the pressure on the Next of Champions Stadium in Uyo, with the possibility of Dakkada Football Club, one of the state-owned clubs, playing their home matches at Eket Stadium, as well as other football clubs in the state.

“Already as you can see, the arrival of the stadium have activated commercial activities around the entire area with the commencement of several businesses, building of new hotels and hospitality centres and more so the emergence of a new network of roads because of the traffic of people and tourists to the area.

“The people of Eket are also very glad with the Eket city remodeling project, which had not only enhanced the estatics of the oil-producing area, but made it the second most outstanding city in the state after Uyo, the state capital.”
CONTINUE READING… 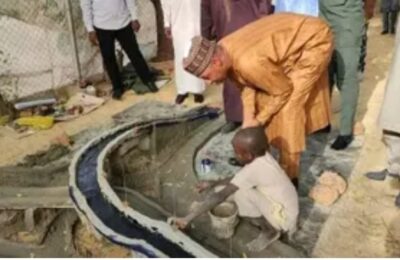