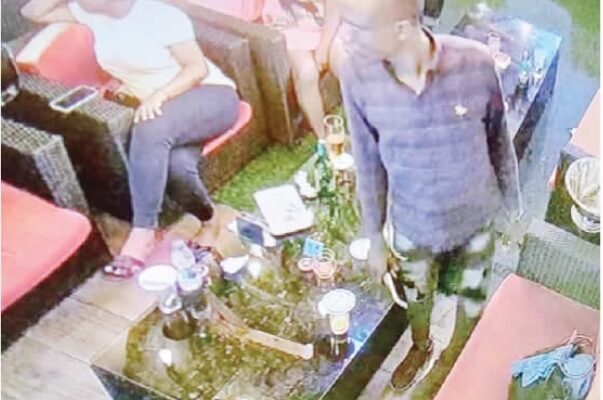 A physically-challenged man, identified only as Okeoma, on Wednesday, stole an iPhone 12 Pro-Max valued at N670,000, belonging to an actress, Genevieve Anaele, at the Proof Hotel and Lounge, Oniru, in the Eti Osa Local Government Area of Lagos State.

Anaele accompanied her friend, Sophia Brown, to attend a salsa dance class in the hotel when the incident happened, THE PUNCH reported.

The actress, on Thursday said;

“I went with a friend for a salsa dance class at the Proof Hotel and Lounge. Around 9.47pm, I was charging my phone with a power bank when I dropped it on the chair to dance.

“While dancing, my friend, Sophia, stood up to record me with her phone. Immediately she stood up, this guy (Okeoma) picked my iPhone 12 Pro- Max; I bought the phone for N670,000.

“So, immediately I found out that my phone was missing, I alerted the management of the lounge and they assured me that they would get me the CCTV footage.

“When they got the CCTV footage and sent it to me, it revealed how the guy stole the phone and I reported the case at the Maroko Police Station.

“As of this morning, my line was still ringing but I can no longer track it. There is this stuff on iPhone called Find My Phone; we were able to use it to track my phone to Alli Street, Bambose, Lagos Island. But I can’t track it anymore.”

Brown, during a conversation with press correspondent, said after the phone could no longer be tracked, “we went online to do some research about the suspect and saw a story in 2018 and 2020 about the same guy.”

Another friend of the victim, Joseph Ose, said the online research was based on a physically-challenged thief, adding that similar cases, including video clips, showed Okeoma was notorious for stealing property at social gatherings.

“After playing the video in the cases found online, I realised it was the same person in the CCTV video clip supplied to my friend yesterday. The guy’s name is Okeoma. The guy limped in both video clips.”
CONTINUE READING… 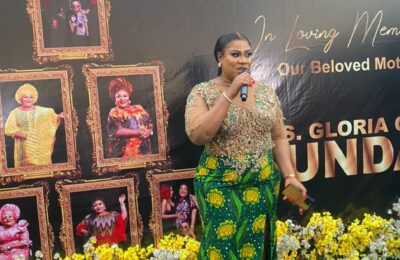 How To Check WAEC Result On Your Phone Via SMS, Internet: Follow This…