Barcelona forward Pierre-Emerick Aubameyang was the target of a brutal robbery at his home in the Spanish City in the early hours of Monday morning.

The 33-year-old Gabonese striker was attacked by several armed men in the robbery as Aubameyang was beaten helplessly in front of his wife, Alysha Behague.

According to Daily Mail, the thieves broke into the player’s safe, climbed into his garden in the Castelldefels complex, and threatened him with guns and iron bars before fleeing with jewelry.

The armed men will later disperse the scene in a white Audi, with the incident now under investigation by the Spanish Police.

Aubameyang has been linked with a move away from Barcelona this summer, with English Premier League club, with both Man Utd and Chelsea interested in signing the 33-year-old forward.
CONTINUE READING… 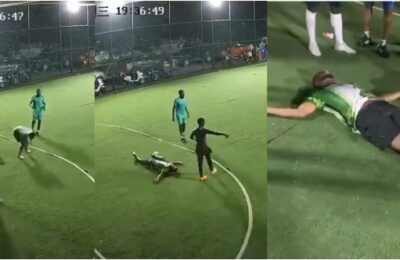 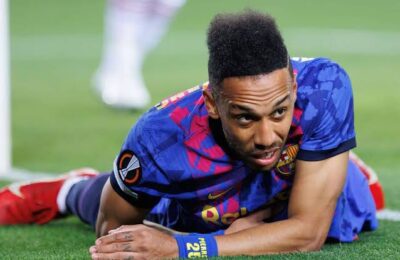