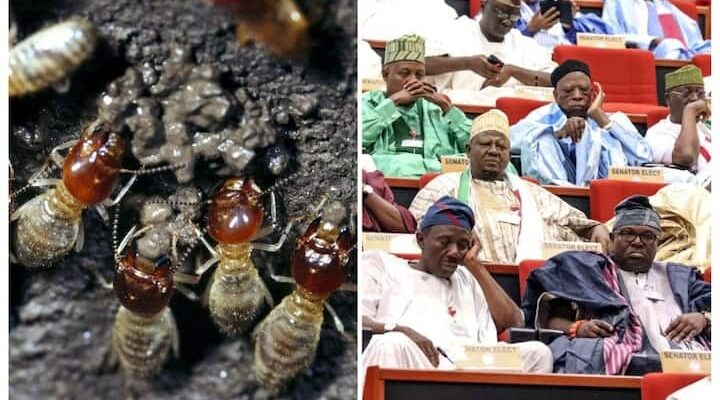 The Nigerian Senate is shocked over the failure of the management of the Nigeria Social Insurance Trust Fund over transfers of N17.2 billion.

The management of the Nigeria Social Insurance Trust Fund is under fire by the Senate for failing to explain how it spent N17.158 billion in 2013 with the needed documentation, some of which have been eaten up by termites.

The Punch reported that the fund as stated in the 2018 Audit report was the total amount of money transferred by the agency from its Skype Bank, now Polaris Bank, and First Bank accounts into various untraceable accounts which belong to persons and companies from January to December 2013.

In a 2018 audit, the Audi-General had raised 50 different queries which border on alleged mismanagement of funds by the agency’s management, which were examined by the Senate Committee on Public Accounts.

Precisely, concerning the N17.158 billion uncorroborated transfers made by NSITF, according to the query.

The queries stated that payment vouchers regarding the transfers alongside their supporting documents were available in the audit., stating that these constitute violations of Financial rule 601 which says that all payment entries are in the cash book accounts shall be certified on one of the specified treasury forms.

TheCable reports said that the management of the agency was unable to offer enough explanations as to the whereabouts of the undocumented multiple transfers.

The officers in charge of the agency in 2013 told the committee that they did not come with the documents like vouchers as they have left them behind.

But Michael Akabogu, managing director of NSITF, said that no documents of such were in their possession.

According to him, the container where documents were kept by past management has not only been beaten by the rains over the years but even possibly eaten up by termites.
CONTINUE READING…