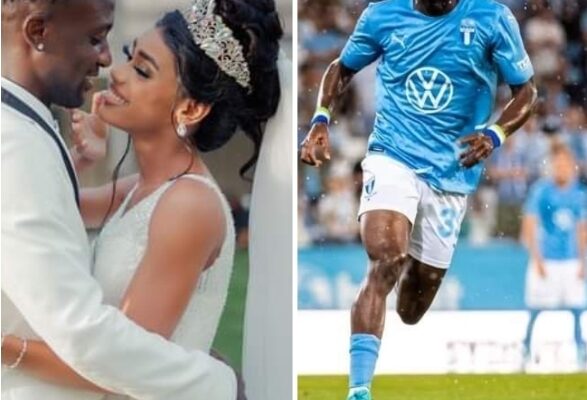 Popular Football Star Mohamed Skips His Wedding, Sent His Brother To Replace Him

Sierra Leonia striker, Mohamed Buya Turay missed his own wedding and asked his brother to help replace him at his wedding after his new club Malmo requested he joined the squad earlier for a Europa League game which they won 3-0.

The 27-year-old signed for the Swedish outfit after a spell playing in the Chinese Super League for both Hebei China Fortune and Henan Songshan Longmen.

The transfer was announced by Malmo on 22 July after travelling to the city, but his wedding ceremony in Sierra Leone is said to have taken place on 21 July. 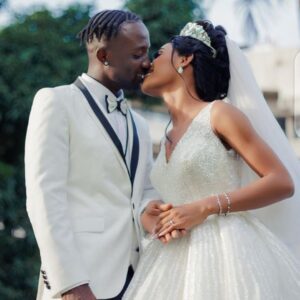 However, he hasn’t actually been with his wife since they officially tied the knot and they are hoping for a honeymoon later this year.

“We got married on July 21 in Sierra Leone,” Turay told Afton Bladet. But I wasn’t there because Malmö asked me to come here earlier.

We took the pictures in advance. So it looks like I was there but I wasn’t. My brother had to represent me at the wedding itself.

“But I will try to get her to Sweden and Malmö now so she can be close to me. She will live here with me,” He said.
CONTINUE READING… 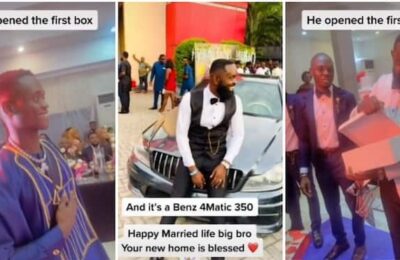 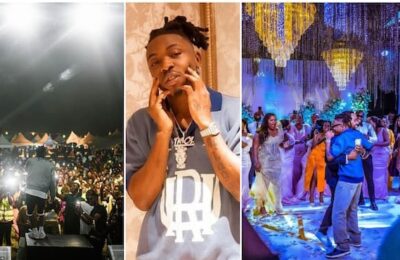 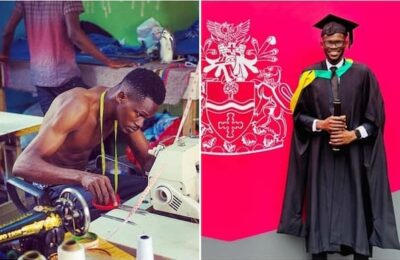 From a local tailor to a master’s degree holder, man celebrates brother’s achievement