Vice President Yemi Osinbajo has expressed concern over development finance institutions and some countries insisting that gas projects should be defunded.

Osinbajo spoke on Monday in Abuja when he received at the Presidential Villa, a US government delegation led by the White House Deputy National Security Advisor, Jonathan Finer.

Senior Special Assistant to the Vice President on Media and Publicity, Laolu Akande, disclosed these in a statement titled ‘We are happy U.S is back on track with climate change, says Osinbajo’.

Osinbajo was quoted to have said, “We are happy that the US is fully on board with climate change and back to the table on this issue. I think one has to commend the drive that this US administration has put behind climate change.”

Osinbajo said, “We are concerned, amongst other things, first about some of what has been going on, especially around gas as an effective transition fuel, and how many of the Development Finance Institutions and some countries are insisting that gas projects should be defunded.

“This is a principal concern to us; it is one that we have made central to our advocacy and it is one of the issues that we intend to promote at the COP26.”

He informed the US delegation of Nigeria’s Energy Transition Plan, saying, “We have done the costing for it and all of what is required to be able to hit net-zero by 2050; also, what the implications would be, given the constraints there, and how realistic it would be to get to net-zero by 2050 or not.”

The Vice President further spoke on security concerns in relation to the activities of ISWAP and ISIS. He recognised the role of the Global Coalition to Defeat ISIS as a ‘very important initiative’ sending the ‘right signals, especially in Iraq and Syria’.

Osinbajo said, “If you look at what is going on today in certain regions like the Lake Chad and the Sahel, it is very apparent that we need that kind of resolve in order to be able to deal with ISWAP and Boko Haram in Nigeria.”

ALSO READ  I Am Not An Emperor, Says Gov. Abiodun After Tinubu’s Comment

Regarding the Democracy Summit President Joe Biden would be hosting later in the year, the Vice President stated that Nigeria looked forward to participating.

Finer informed the Vice President of a potential partnership with Nigeria on a G-7 Infrastructure Programme – Build Back Better World – which the US President has made a priority. 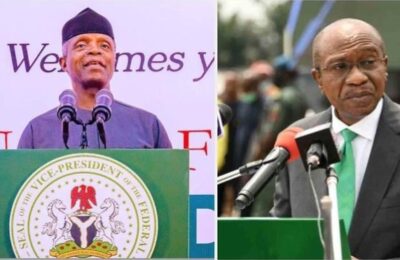 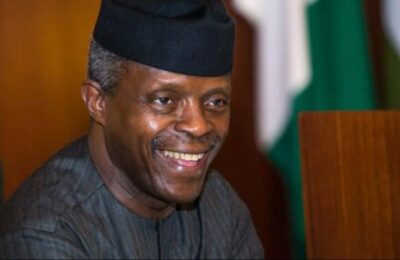 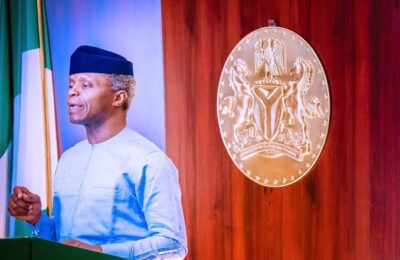